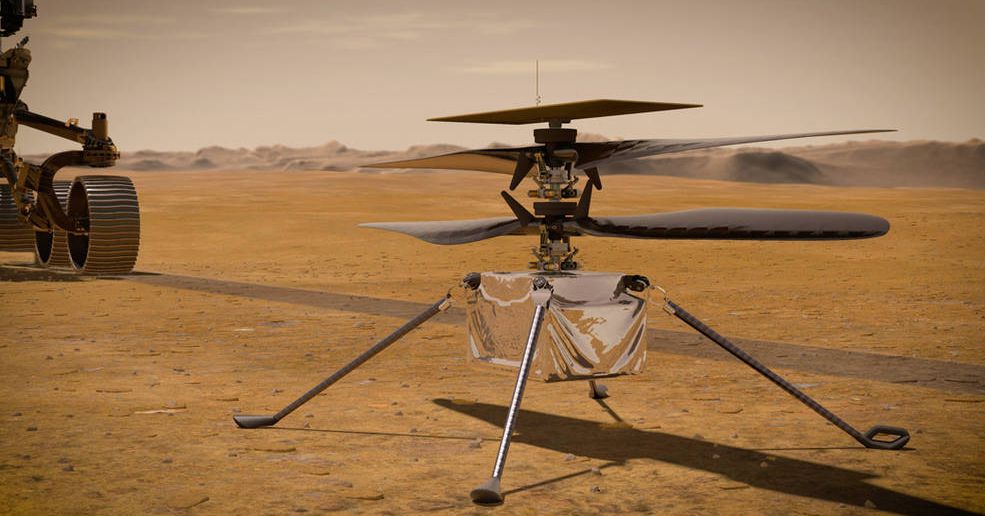 Today I learned that the Ingenuity drone copter twirling about on Mars communicates with the Perseverance rover using 900MHz Zigbee radios. Not Wi-Fi, GSM, or something exotic like fission-powered lasers or space algae, but the same consumer tech you use to turn on a Philips Hue lightbulb.

I came across the news via an incredulous tweet from Ben Bromley who discovered it on the Linux Unplugged podcast with guest Tobin Richardson, CEO of the Zigbee Alliance, recently rebranded the Connectivity Standards Alliance.

According to Richardson, Zigbee is the ideal wireless protocol to transfer telemetry data between NASA’s Perseverance rover and the semi-autonomous flying drone. “Looking at really extreme environments, like Mars, it’s good to have a very lightweight purpose-built standard,” said Richardson, “where it’s essential to get the basic information across and makes it possible for extended battery usage.”

It turns out that what makes Zigbee great for smart homes also makes it highly suitable for missions to the Red Planet. The Zigbee wireless protocol exemplified “low energy” long before Bluetooth adopted the LE specification. That makes it ideal for the trivial data needs of small, battery-powered smart home devices like motion and temperature sensors, and also for lightweight drones. The protocol is also very robust, designed to operate in a mesh of nodes that can overcome packet delivery failures without interfering with neighboring signals. That’s the sort of reliability you also want when operating on a different planet.

Zigbee also has plenty of range. In the home, the Zigbee Alliance claims its signal can reach about 150 feet. But that can be stretched much farther with line-of-sight, and presumably farther still in the extremely thin atmosphere of Mars, which lacks the dense radio interference seen here on Earth. According to NASA, the four-pound Ingenuity helicopter is capable of communicating with the Mars Helicopter Base Station on the Perseverance drone from as far as “nine football fields away” or about 2,700 feet. If you want that sort of range for your own smart home products, well, start packing your bags for Mars.

When reached for comment, the Consortium For Hey Don’t Forget About Z-Wave said it would happily setup on any old space rock. “We’re good too,” said a spokesperson clearly surprised by the attention. “No, really.”