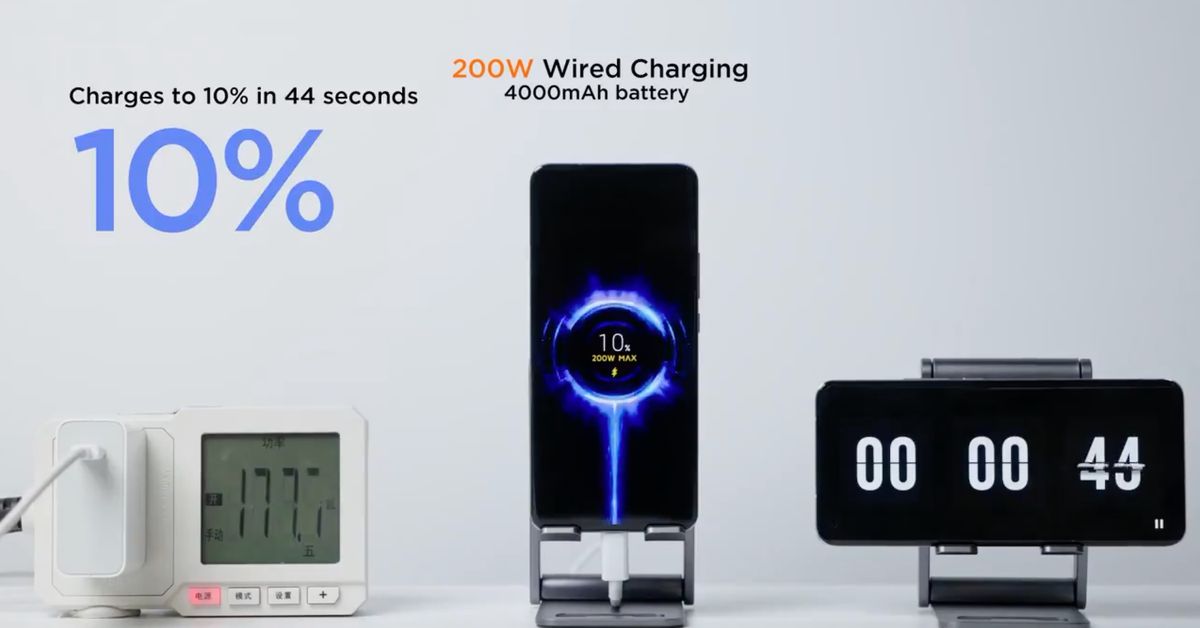 Xiaomi has shown off its latest fast charging tech demo, and consequently is claiming the new world records for both wired and wireless charging speeds. Using a modified Mi 11 Pro with a 4,000mAh battery, Xiaomi says it’s able to fully charge the phone in 8 minutes over a 200W wired “HyperCharge” system, or in 15 minutes with 120W wireless charging.

Charging speeds are a frequent battleground for Chinese smartphone companies, who often release demonstrations of breakthroughs that may or may not show up in final products. Two years ago, for example, Xiaomi announced a 100W system that could charge a 4,000mAh battery in 17 minutes, while last year’s Mi 10 Ultra filled up in 23 minutes at 120W — though it did have a bigger 4,500mAh battery.

Oppo is another leader in this field, with its VOOC technology forming the basis of OnePlus’ Dash and Warp fast charging systems. Last year it demonstrated a 4,000mAh-in-20-minutes 125W system, though that was more than a year after Xiaomi’s supposedly faster 100W announcement, and the excellent current flagship Find X3 Pro charges at “only” 65W.

Progress is always welcome, and the thought of being able to fully charge a phone in eight minutes is certainly appealing. It’s worth noting, though, that these fast-charge systems always require proprietary chargers and cables, so they’ll mostly be used at home rather than in the emergency situations where they might be most useful. Ultimately, any given phone’s ability to make it through the day on its own juice will continue to be the more important factor for a while.