This bizarre chair boggles the brain 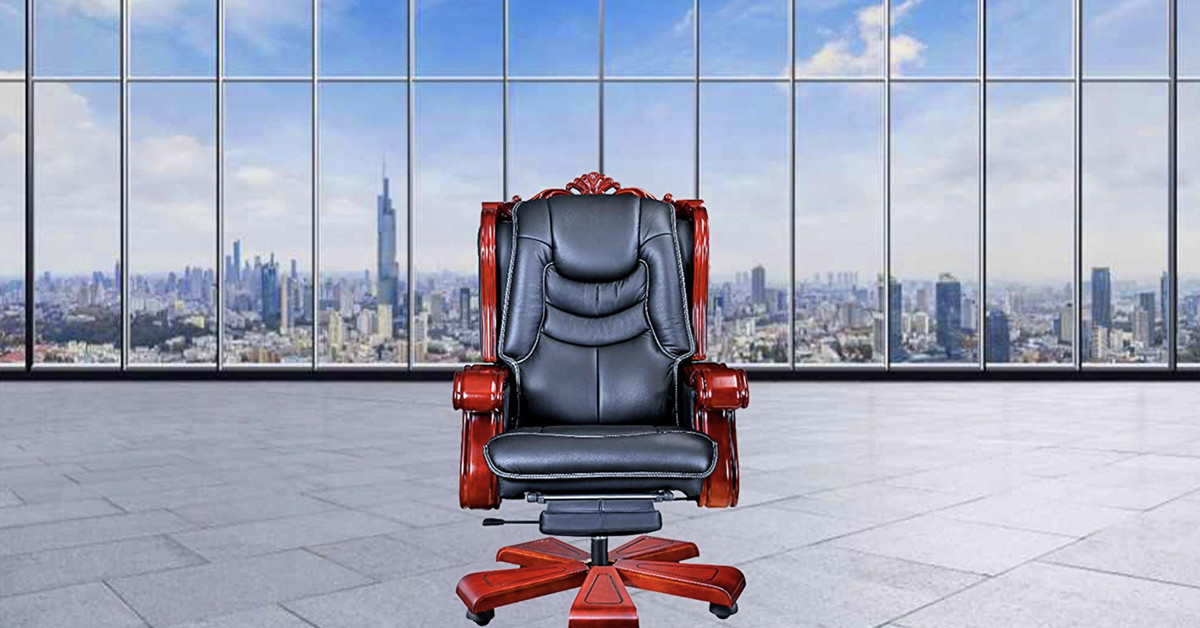 It started with a tweet from Roadshow editor-in-chief Tim Stevens. A picture of a chair that seemed to effortlessly skim the line between office chair, La-Z-Boy recliner, and Victorian throne. An utter affront to design, taste, and style.

The tweet first crossed my timeline yesterday, and my mind has been consumed for the past 24 hours by the very existence of this chair. Why does it exist? Has anyone actually bought one? Does the chair come with a menacing-looking cat to hold when spinning around to fire your minions? Are you required to shout “I’ll get you next time, Gadget?” when you encounter minor setbacks while seated in it?

The Amazon listing, however, only added to the perplexing nature. The original picture, for example, did not convey the built-in footrest that this relic possesses. It’s a fact that seems important, although I cannot quite convey why.

Another important nugget of information: the Penn Executive Chair’s price, a whopping $1,950, puts it above the cost of the most expensive office chair from Herman Miller or the cushiest, comfiest La-Z-Boy recliner. Then again, why shouldn’t a chair like this, which aspires to ascend beyond the limits of both of those products, feature a price tag that similarly soars above either of its lesser halves?

(That said, this thing does feature genuine leather, the lowest grade of leather, a disappointing choice for something this pricey.)

The main vibe of that image is “spikes and manacles are about to pop out of the arm and headrests to imprison a James Bond-style spy in a low-budget (or lowish-budget, again these chairs cost like two grand) thriller movie.”

The rabbit hole tunneled ever deeper. I found the website of the manufacturer, Penn Executive Chairs, showcasing new styles of the dreaded chair in ever-maddening color schemes, patterns, and tufted leather backs. A second image — the only one I’ve found of a human sitting in one of these chairs — alludes to the scale, one that seems more fitting for a throne than a seat for an office desk.

I do not think writing this has helped me understand the chair — indeed, I don’t think it is possible to truly know the nature of this item — but if a giant throne-like recliner shows up as my new desk chair whenever we all return to office life, this is why.