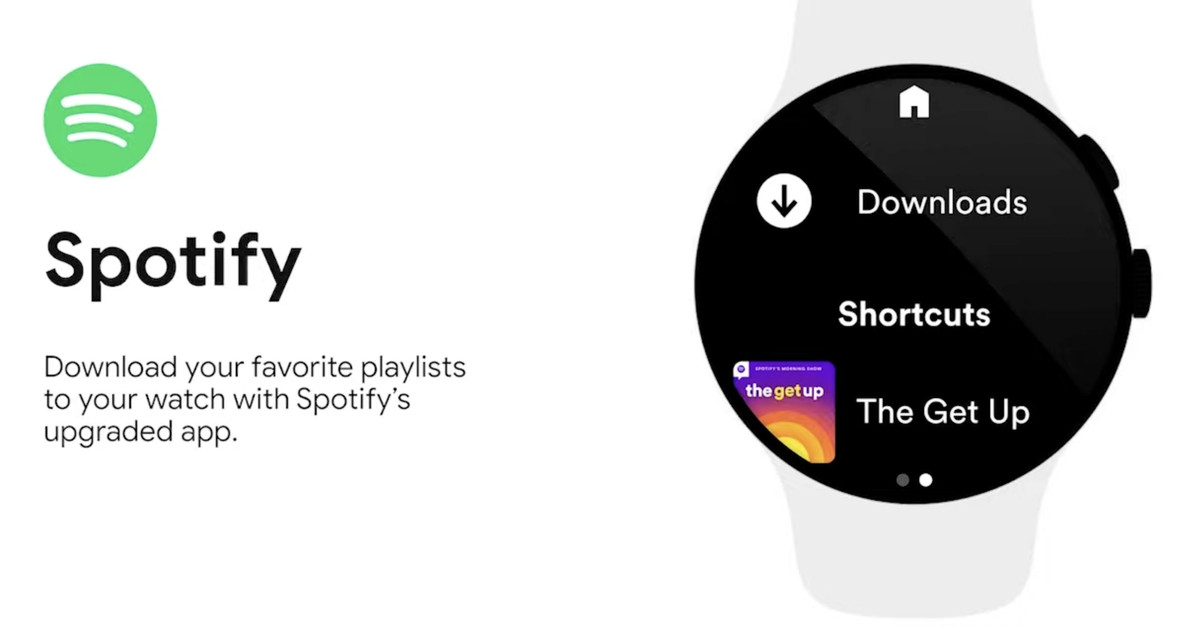 Spotify’s product lead for cars and wearables teased an exciting new feature coming to Wear devices during Google’s Developer Keynote on Tuesday: the ability for the streaming services’ 356 million users to download music directly to their watch, and listen to it at times when they don’t want to carry their phone (via XDA Developers). The feature isn’t included in the redesign that was just released, but Spotify says that it’s currently in the works.

The announcement came alongside Google’s reveal that it would be merging Wear OS with Samsung’s Tizen. During Tuesday’s I/O keynote, Google promised that the updated OS would bring faster performance and longer battery life, which are currently still issues for Wear OS watches.

The YouTube Music app is also getting an update, which will similarly add the ability to download music directly to Wear devices, allowing users to listen without a phone nearby.

Google’s smartwatch OS has lagged behind Apple’s in many ways, including offline music listening. The Apple Watch has been able to play songs downloaded through Apple Music when away from a phone for years, and it got to the point where Google decided to release its YouTube Music app for the Apple Watch before its own Wear OS. When Gizmodo put out an article last November on how listen to music phone-free on smartwatches, its Wear OS recommendation was more or less an app that acted as an MP3 player, requiring the transfer of local files that you already own.

Since the shutdown of Google Play Music, Wear OS users haven’t had many options for offline music. But now, Google’s Wear watches could potentially even leapfrog the Apple Watch when it comes to offline Spotify playback — to get your Spotify on an Apple Watch without carrying around your phone, you currently need an active internet connection to stream it to one of Apple’s pricier cellular Apple Watch models, a feature added late last year. Some other watches have had offline Spotify playback in the past, though, like Garmin’s flagship Forerunner sports watches and some Samsung Galaxy wearables.