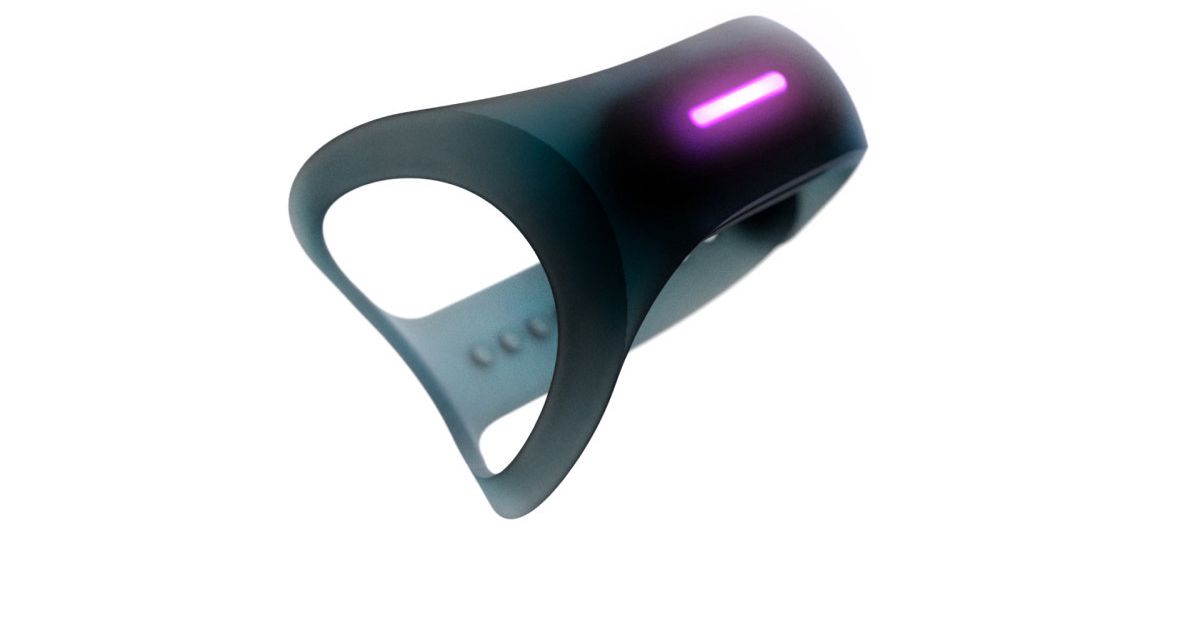 Here’s something you don’t see every day: a brand-new Sony product launching first on Indiegogo. Motion Sonic is, in the words of Sony’s campaign, “effects gear to control sound in sync with your motion for playing music.”

The Motion Sonic device itself is a small capsule that can slot into differently shaped rubber wristbands, sort of like a Fitbit. There’s a band that attaches to your wrist for use cases like playing guitar, and another wraps around the back of your hand and is better suited to playing keys.

What it actually does is allow you to link hand motions to specific musical effects. For example, you could set it to add a delay effect when you move fingers from left to right, or to bend pitch as you roll your wrist. These effects are all created and saved on an iOS app, then you need to connect your iPhone to your instrument with an audio interface. (It’s not compatible with Android.)

Here are some demonstrations:

Sony has actually had this project kicking around for quite a while — we tried out an early version at SXSW in 2017. Shortly after, Sony posted this interview with a designer and art director on the project, who attributed the initial idea to an engineer called Heesoon Kim. The Motion Sonic Indiegogo campaign now lists Kim as project lead, quoting him as saying “I believe we can create new entertainment never seen before with Motion Sonic and I’m so excited to create a new culture with you!”

Sony isn’t new to crowdfunding, but most of its projects to date — like the Reon Pocket wearable air conditioner — have been limited to its own First Flight site in Japan. Now that Motion Sonic is on Indiegogo, Sony will ship it to the US as well as its home market. The first 400 units will sell for 23,900 yen or $218, and the retail price is 27,200 yen or $248. The product is scheduled to ship in March next year.