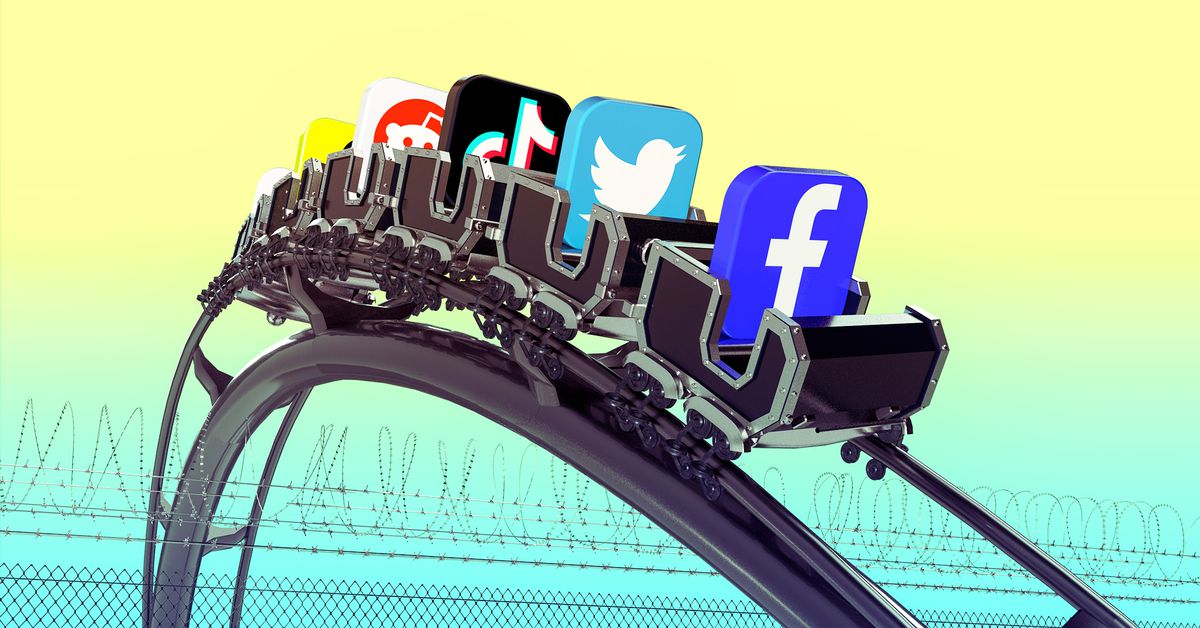 The Verge is deeply invested in doing service journalism; we report on companies’ misdeeds, we review expensive products to tell you whether they’re worth your hard-earned money, and speak to industry leaders to get their insights on the issues affecting their companies and their customers.

It is in that vein that we brainstormed some ideas for social media theme parks in Florida.

See, the Sunshine State passed a law this week that blocks social media platforms like Facebook and Twitter from “knowingly” deplatforming politicians and even algorithmically ranking content, with fine ranging from $25,000 to $250,000 per day (The law, which is a mish-mash of broad speech regulations, has already been challenged in court by the tech companies’ trade organizations, which called it “a frontal assault on the First Amendment.”)

But there’s an easier way. The law has a hilariously corrupt exemption for any company that owns or operates a theme park or large entertainment complex in the state of Florida. Republican state Rep. Blaise Ingoglia said that exemption was included so that the Disney Plus streaming service “isn’t caught up in this.” The Disney World park in Orlando brings in significant tax revenue for Florida, of course, a state which relies heavily on tourism dollars.

So all Twitter, Facebook, TikTok et al have to do to comply with the law and avoid the knotty First Amendment issue of government speech regulations is build their own Floridian theme parks.

Here are our suggestions for the parks including some ideas for appropriately themed rides that the venues might offer:

The only problem with Twitterland is that it keeps opening amazing rides and then letting them completely fall apart.

It’s just a bunch of themed photo booths that produce those little photo strips, but you have to wait in line and read 200 words before you can ride the Recipe Rollercoaster.

It’s just one big infinity room where you enter and hear men talking at you and over each other about Bitcoin.

A Renaissance fair that ended up sharing its property lease with a prison, thanks to an awkward misunderstanding in the C-suite. Many guests are incredibly devoted cosplayers in delightful historically accurate costumes. Many are petty criminals. A few are serial killers. Try to guess which ones!