SanDisk’s new card reader dock is awesome, and more than most will ever need 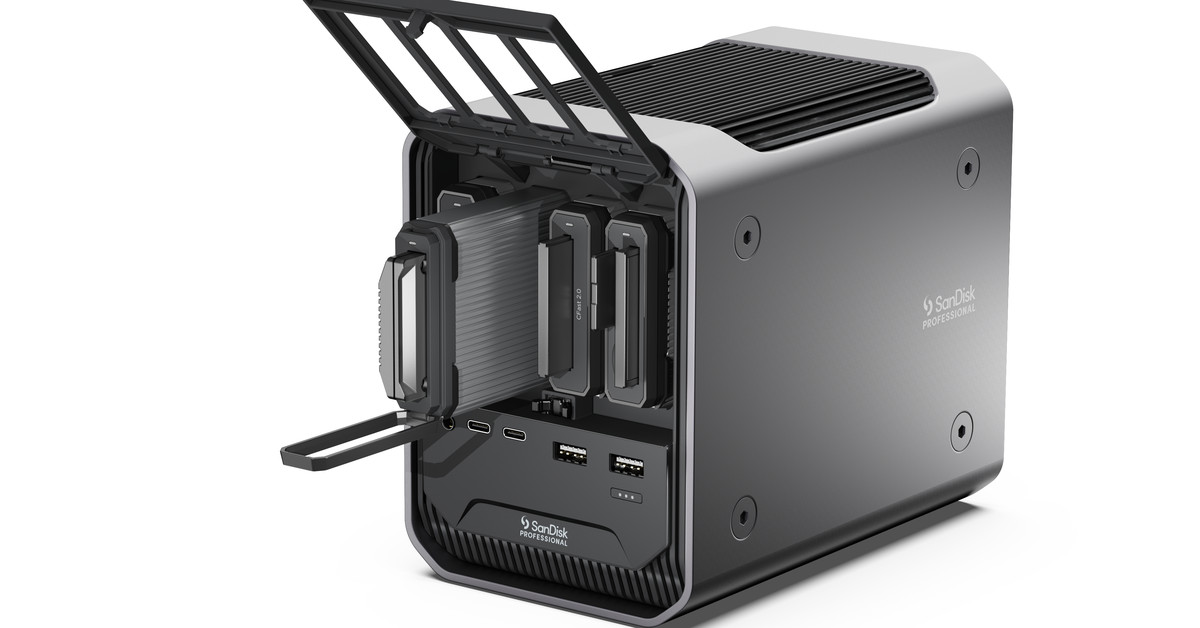 Western Digital, owner of the SanDisk brand, has announced a new product called the Pro-Dock 4, and it’s all I’ve ever wanted in a card reading solution: it lets you mix and match four card reading modules, which can all be read simultaneously, and connect them all to your computer using a single Thunderbolt 3 cable. This dock not only fills the hole that was left in my heart by Lexar’s Workflow hub, but it makes me completely forget it existed: the Workflow didn’t have Thunderbolt daisy-chaining or a 260W power supply for charging devices and accessories (though I will admit that Lexar’s SSD modules were kind of neat).

SanDisk’s readers, which work independently or as part of the dock. Image: SanDisk

The modules themselves will be available individually, which is great for a few reasons. For one, it lets you mix and match your dock’s card reading abilities: mainly shoot Red but use a Canon R6 as a B-cam? You can load up three Red Mini-Mag readers and a combo SD / microSD / CF card reader. If you’re all-in on CFast, you could load up four of those readers. And if you change what you’re shooting with in the future, you can buy new modules instead of having to get a whole new dock.

The modularity also allows for portability. If you’re going to a location and just need to bring along one reader, you can pop it out of the dock and take it along with you — the individual readers use USB-C 10Gbps to connect to either your computer or the dock.

To be clear, I’m not a video or photo professional, and I certainly don’t need this much card-reading capacity. I’ve never even held half the cards these things can read. But does that stop me from wanting one of these docks, loaded out with enough card readers to dump every SD card I own at once? Absolutely not.

The prices for the dock and readers haven’t yet been announced, but SanDisk expects them to go on sale this summer. Lexar’s hub cost around $200 at launch, plus the price of modules (I paid around $40 for the XQD module), and it did way less. I can only wait in fear to see the price tag of SanDisk’s version.