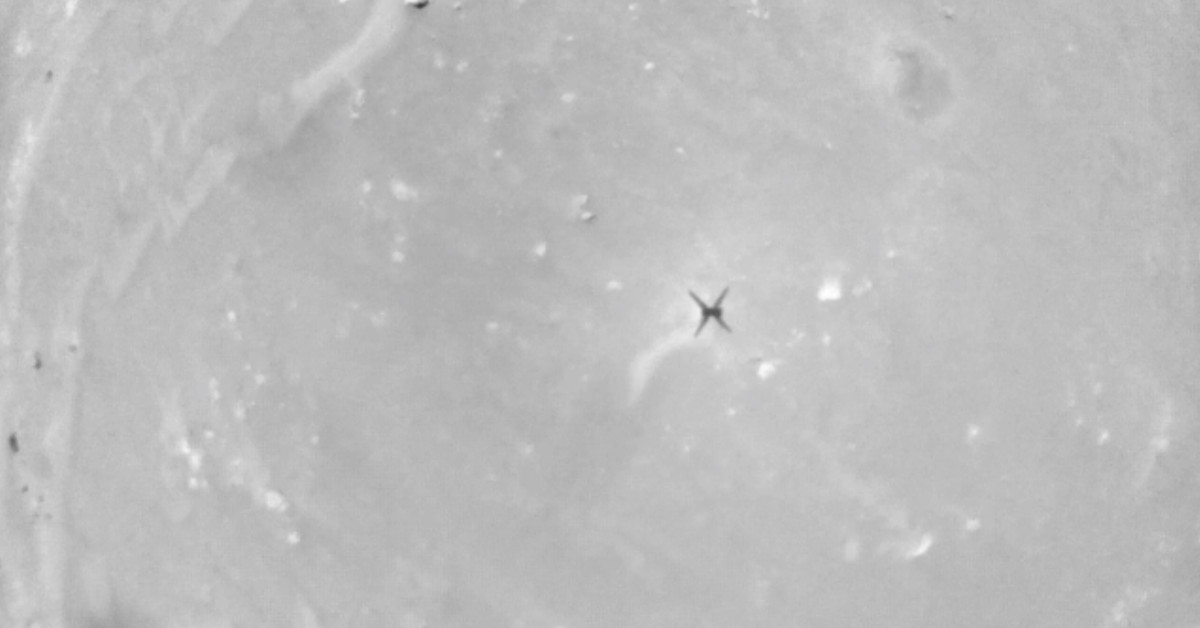 NASA’s Ingenuity helicopter ended its sixth flight test on Mars earlier than planned last week after bugging out mid-flight, the rotorcraft’s chief pilot wrote in a blog post on Thursday. The four-pound mini helicopter was aiming to fly farther than any of its previous excursions to test out its scientific reconnaissance capabilities, as the latest trial in an extended test campaign to demonstrate a new mode of transportation on another world.

Last Saturday, Ingenuity powered up and rose 33 feet from the Martian surface to travel a distance of roughly two football fields along a preprogramed flight path, all the while snapping photos of a “region of interest” on Mars during flight. As it buzzed along at about nine miles per hour toward the end of the first 150-meter leg of its journey, a glitch in the helicopter’s navigation unit caused Ingenuity to suddenly lurch midair.

It was a “stressful flight” for the little copter, Håvard Grip, the chief pilot, said. “Ingenuity began adjusting its velocity and tilting back and forth in an oscillating pattern,” rattled over what Grip said were “phantom errors” that caused “roll and pitch excursions of more than 20 degrees, large control inputs, and spikes in power consumption.”

Ingenuity’s sense of movement comes from two vital parts of its internal computer, stored in its tissue box-sized body that hangs underneath its twin-rotor system. The first part is an inertial measurement unit (IMU) that tracks how fast the rotor blades spin to calculate acceleration, which enables estimates of its speed, midair position, and location (relative to its starting point). The second instrument is a tiny, ground-facing, black-and-white camera that snaps 30 photos per second to give the helicopter a visual sense of where it is, tracking rocks and patterns on the ground as Ingenuity zips by. Those photos come with timestamps, so Ingenuity can precisely analyze movement over time.

“We designed Ingenuity to tolerate significant errors without becoming unstable, including errors in timing”

All of that data converges in the helicopter’s navigation system to provide a sense of balance and awareness. Ingenuity’s flub occurred 54 seconds into flight when one of the black-and-white navigation images randomly disappeared, knocking the image pipeline out of order and rendering the timestamps on all subsequent images inaccurate. “From this point on, each time the navigation algorithm performed a correction based on a navigation image, it was operating on the basis of incorrect information about when the image was taken,” Grip explained.

The spoiled navigation data misled Ingenuity to believe it was making a series of flight errors, prompting harried attempts to overcorrect itself before a safety system kicked in to guide it calmly back to the ground.

Despite the glitch, Ingenuity captured this west-facing image 33 feet above the Martian surface as planned. Image: NASA / JPL

Ingenuity landed safely about 16 feet from its intended touchdown spot, partly because the helicopter’s navigation unit is designed to ignore navigation images during the landing process, when it nears altitudes of around three feet. Relying only on data from the IMU, none of the images with glitch-inducing timestamps affected Ingenuity’s landing. “We designed Ingenuity to tolerate significant errors without becoming unstable, including errors in timing,” Grip said.

The helicopter arrived on the Red Planet attached to the underbelly of NASA’s Perseverance rover, which landed at Mars’ Jezero Crater, a dried-out lake bed, on February 18th. Perseverance deployed Ingenuity on the Martian surface on April 4th, leaving it to carry out the first powered flight on another world on April 19th. Just after its fourth flight, engineers at NASA’s Jet Propulsion Laboratory in California opted to extend Ingenuity’s flight campaign, impressed with the helicopter’s stability and performance.

A JPL spokesman said engineers are reviewing data from Ingenuity’s sixth flight and don’t yet know when it will carry out its seventh.