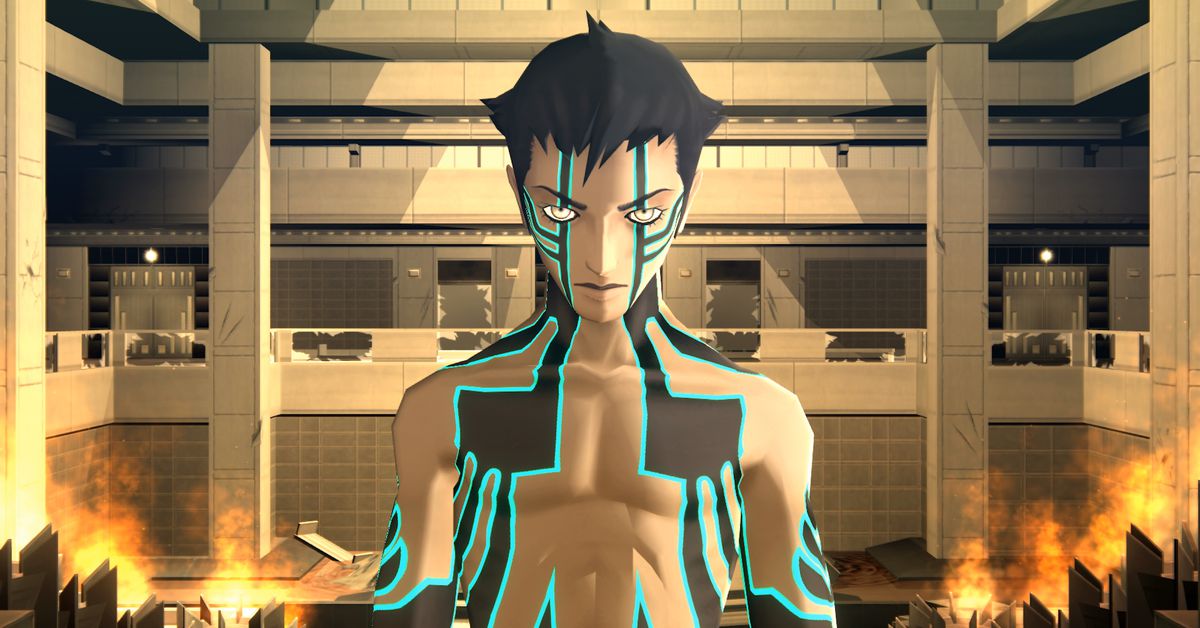 Shin Megami Tensei III: Nocturne has a lot in common with the rest of the cult roleplaying series — namely a focus on everything demonic and post-apocalyptic. And despite a punishing difficulty level, the game received rave reviews when it debuted on the PS2. But since then it has remained largely inaccessible. There’s no easy way to play Nocturne on modern hardware.

That changes today with the release of a new remastered version that’s available on the Switch, Steam, and PS4. For director Kazuyuki Yamai, it marks yet another chance to bring the game to new players. While Nocturne was initially a Japan-only release, Yamai worked on a special edition dubbed “Maniax” that would eventually launch in North America and Europe, as well as a larger director’s cut, called “Chronicle Edition,” that debuted in Japan in 2008.

I recently had the chance to share a few questions with Yamai over email. “Something stuck out to me was the fact that despite Nocturne’s acclaim over the years, modern consoles have all but left the game behind,” he tells The Verge. Read on for more about the original intentions behind the game, the initial backlash from fans, the influence of the Persona series, and why now is a good time for a remaster.

This interview has been edited and condensed for clarity.

What can you tell me about the goals the team had on the original version? What did you want to do that was new or different for the series, and do you think the audience understood at the time?

Nocturne was originally designed around the goal of fully rendering the world of Shin Megami Tensei in 3D — and in a striking way that would set it apart from its predecessors. However, these lofty demands caused the initial development team to run into all sorts of issues and eventually disband, so our team inherited the project in something of a critical state.

Nonetheless, we made efforts to refine the core mechanics — things like the “press turn” battle system, recruiting, and leveling up demons — and sought to streamline the gameplay by removing complicated holdovers from previous titles, such as weapons and armor. So it wouldn’t be inaccurate to say we were responsible for overhauling the Shin Megami Tensei series as a whole. A lot of these changes can be attributed to director Katsura Hashino, who later went on to turn Persona 3–5 into wildly successful enterprises. He’s someone I’ve learned many invaluable lessons from over the years.

At the time of its initial release, Nocturne actually faced a great deal of backlash from hardcore fans. Online forums were cluttered with negative statements like, “This isn’t Shin Megami Tensei at all” or “This has lowered my expectations,” and I remember being heartbroken upon reading them. But as time passed, perceptions gradually began to shift, and by the time Nocturne Maniax was released a year later, people had even started referring to the game as a masterpiece. This is the only time in my entire career that such an unexpected turnaround has happened.

What was it like going back to the game now so many years later? Were there elements that stuck out to you?

This marks my fourth time developing Nocturne in all its various iterations, as I had previously worked on the original, Maniax, and Chronicle Edition. So I couldn’t help but say to myself, “Wow, I guess I’m back at it again!” At this point, I’d like to be included in the Guinness Book of World Records for “Developing Shin Megami Tensei III the Most Times.” But our fans have waited long enough for a remaster, so I was thrilled to hear this project was approved.

Something stuck out to me was the fact that despite Nocturne’s acclaim over the years, modern consoles have all but left the game behind. Our team is very aware that many younger players, particularly Persona fans, are often drawn to Nocturne but can’t access the game due to the gap in hardware. So with the remaster, we sought to deliver a fresh experience for new players that didn’t betray the first impressions of the original fans. In short, we aimed to recreate the feeling of experiencing Nocturne for the first time but with vibrant, enhanced visuals.

What were some of the main areas you wanted to focus on for the remaster? Did you have any big regrets — things you couldn’t do because of time or technological reasons — that you wanted to fix this time around?

To summarize what was said above, our main focus was to recreate Nocturne as authentically as possible. At the same time, certain aspects of the game did feel outdated, and portions of the dialogue had either aged poorly or lacked nuance, so we took great care to update these in a way that didn’t feel intrusive or artificial. There was also some ambiguity regarding the usage of old voice assets, so we ended up hiring new talent to reenact the demon voices, often doing many retakes in the process. After recording finished, our sound staff adjusted the effects with painstaking attention to detail, and we feel that the new voices are nearly indistinguishable from the originals, even to the most attentive fans.

“Several times, the complexities of this endeavor pushed me to the breaking point.”

Upon reflecting on what we could or couldn’t implement with the original, there isn’t much that comes to mind. A large reason for that is because so much of the visuals and mechanics had already been perfected, and in my humble opinion, they still stand the test of time. But to remaster the game properly, a lot of polishing was needed, at least on the technical side (most of which centered around adding depth of field and eliminating obsolete graphical techniques, such as mipmaps). Because PS2 game architecture relied on vastly different elements than modern games (things like opacity and particle systems), we ended up spending a significant amount of time simply figuring out how to recreate old assets with the new technology at our disposal.

Several times, the complexities of this endeavor pushed me to the breaking point, making me think, “We’ll never be able to do this from scratch!” But then miraculous things would happen, such as Nocturne’s original programmer coming in to write a shader that rendered graphics just like how they were in the old game. Efforts like these were what enabled the team to push past their challenges and move the project to completion.

The series has become much less niche in the intervening years, especially with the success of Persona. Did that influence your approach with the remaster?

The Persona series was certainly a big factor in helping expand our market and allowing this remaster to come to fruition. It’s amazing how faithfully the Persona series has stuck to its roots without drastically altering its image in a way that would betray fans’ expectations. I can proudly say that Persona has evolved into a franchise that has brought a diverse range of players into the Megaten fold. But for those who are unfamiliar with Nocturne, perhaps because they grew up in a generation without it, please note that the remaster was designed to provide the same unadulterated thrills as the original when it first came out.