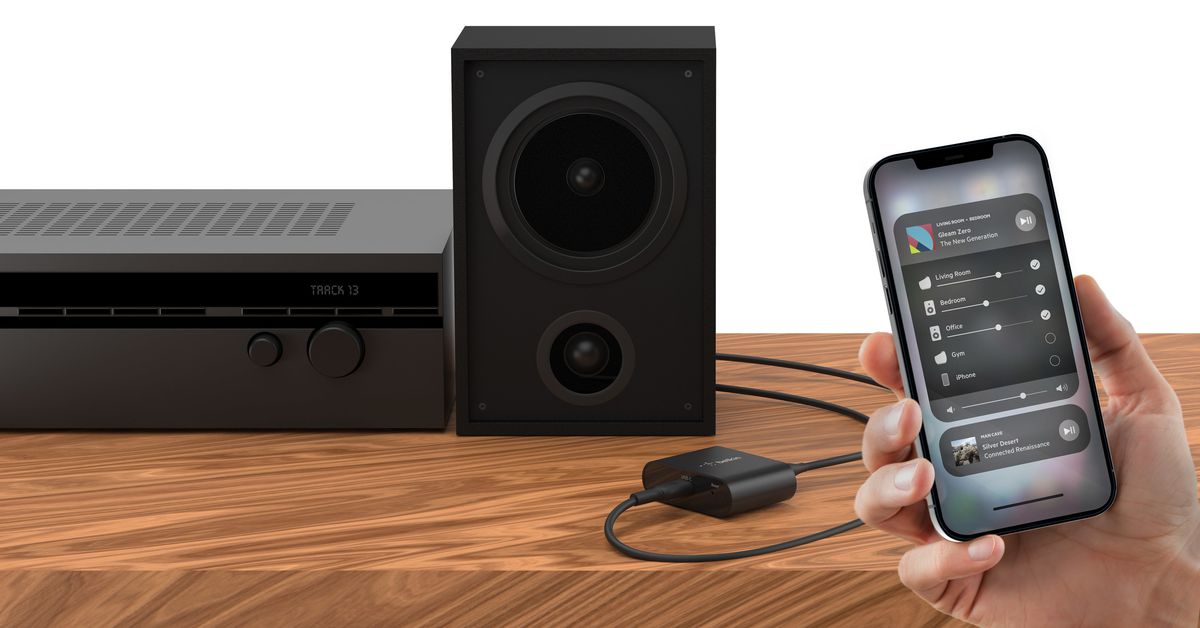 Belkin’s new SoundForm Connect Audio is a $99 dongle that lets you turn any pair of speakers with either a 3.5mm or optical port into an AirPlay 2-compatible setup. In other words, it’s effectively an Apple version of the (now-defunct) Chromecast Audio.

As someone who actually likes AirPlay 2, it’s a very interesting concept, especially if you have older speakers or an audio setup that you’d like to get wired into the rest of an AirPlay system.

Setup is simple: just plug in the SoundForm Connect Audio to power (over USB-C, thankfully), and then plug in a 3.5mm headphone jack or optical cable from your speaker system’s input port.

Unfortunately, the SoundForm Connect Audio does come with a pretty hefty price tag for what it does. The Chromecast Audio used to cost $35, which made it a pretty nice option for hooking up an old speaker to your multiroom audio setup. An Echo Dot (which is also a full-fledged smart speaker) can be hooked up to anything with a headphone jack to use with Alexa and costs $40 to $50 — not counting Amazon’s frequent sale.

But the SoundForm Connect Audio costs $99 just to add a speaker to an AirPlay 2 setup. That’s between two to three times as much, or as much as Ikea’s entry-level Symfonisk bookshelf speaker (which also offers AirPlay 2 support).

Still, given that there hasn’t really been a solution for this kind of setup since Apple discontinued the AirPort Express (which offered similar functionality for the original AirPlay standard), the SoundForm Connect Audio is better than nothing. But the relatively high price means it’ll likely only be useful for owners of more expensive speaker setups.

The SoundForm Connect Audio is available to preorder now from Belkin’s website, with orders shipping later in June.