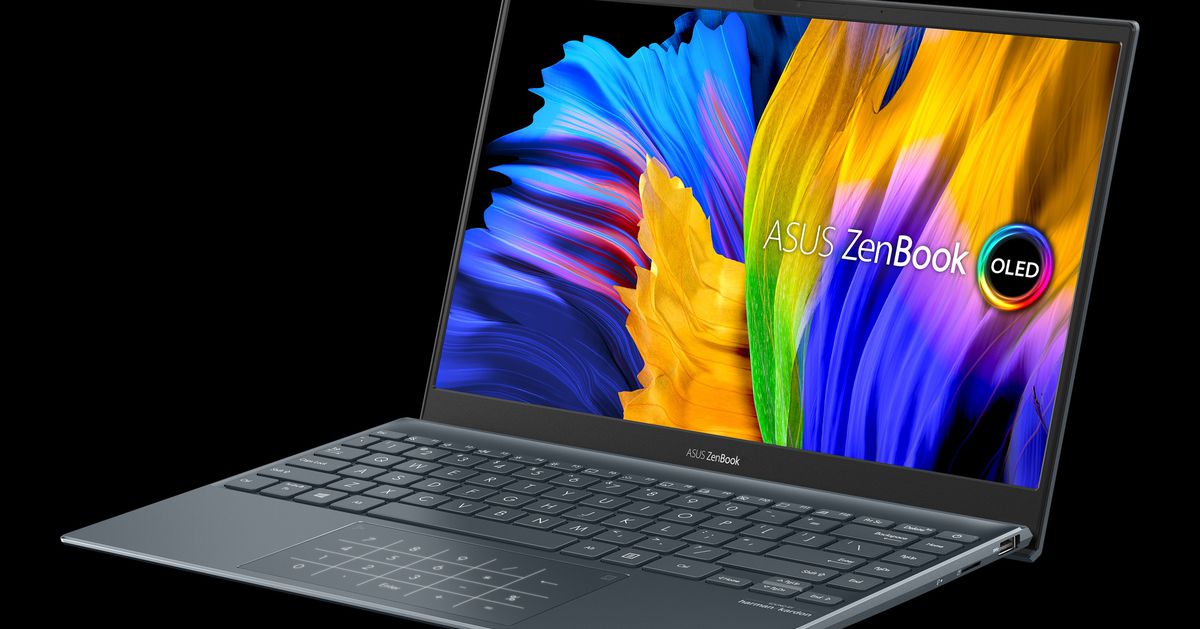 If you told me you’d found an OLED laptop for just $800, I’d have warned you against refurbished computers and deep-discount closeout sales. The inky blackness and gorgeous colors of OLED have notcome cheap. Dell charges a $300 premium just for the screen. And yet Asus’s new affordable OLED laptop defies those expectations.

The new machine is called the Asus ZenBook 13 OLED, and early reviews are already suggesting it could be a slam dunk for budget buyers. While there’s no headphone jack and some are complaining about a cramped keyboard, the 2.5-pound laptop doesn’t seem to skimp on the specs. In addition to that 13-inch 1080p OLED screen (one of the first 1080p OLEDs I can recall on a laptop) with its 100-percent DCI-P3 color gamut, you can configure it with up to Intel Core i7 or AMD Ryzen 7 processors, 16GB of storage and 8GB of RAM.

The Intel model replaces these USB-C ports with visually identical Thunderbolt 4 ports instead.

There’s a few important differences between the Intel and AMD models, though, according to the company’s spec sheets:

As far as I can tell, retailers like Amazon and Newegg quietly put the laptops on sale earlier this month, though the $800 AMD variant doesn’t seem to be shipping quite yet. Here’s a $900 Intel model at Amazon, an $800 AMD model at Newegg, and a whole array of the new laptops at Asus’s own store.

If you’re looking for a 2-in-1 convertible, Asus is sticking its affordable OLED screen in those too, starting at $950, though Intel appears to be your only CPU option there.